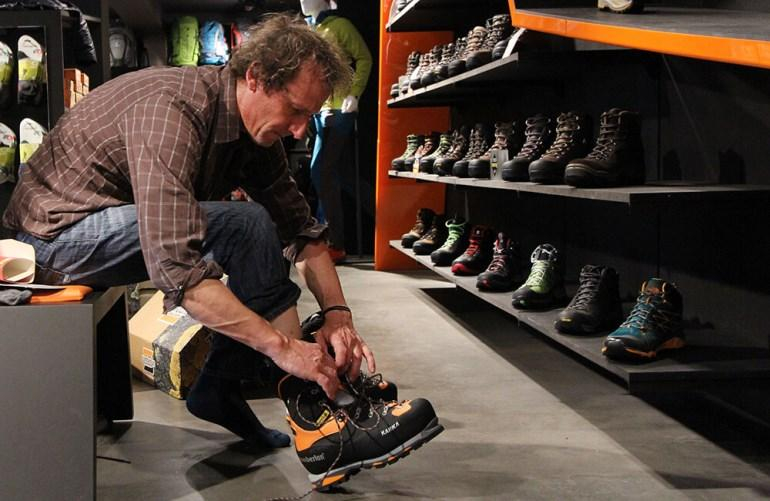 Great climber, famous mountaineer, active in the mountains since 1985. A member of the legendary "Dream Team" (next to Jack Fluder, Stanislaw Piecuch, later also Grzegorz Skorek), that , over the years, have climbed many of the finest alpine lines and contributed to making the history of Polish mountaineering, including a winter ascent along the face of the Troll Wall in Norway, and the first winter ascent of Manitua on the northern face of Grandes Jorasses in the Mont Blanc massif. He was also the first Polish to climb the Piola-Ghilini on the northern face of the Eiger. The culmination of his climbing successes was the demarcation, in 1999, of a new route on one of the hardest faces of the Himalayas - the Kedar Dome face (Himalayas Gharwalu). After a 10-year break, Janusz Golab resumed his climbing activity in 2012, when, together with Adam Bielecki, they made the first winter ascent of Gasherbrum I (8068m). Janusz Golab was twice awarded the prestigious Colossus prize and has recently received the Golden Cross of Merit (2015) from the President of Poland.
Related posts

The worldwide preview of the Zamberlan® new collection, designed for the early summer 2020, presented at Outdoor by ISPO 2019

When passion for the mountains becomes a business plus: interview with Marco Zamberlan

Handmade Philosophy: one family, one company, one philosophy